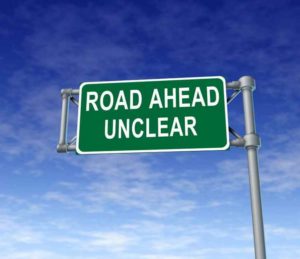 Update 11/27/2017: Under MiFID II, a financial firm must still report shares received as its entitlement from a voluntary corporate action even it never explicitly told the issuer its choice of payment. On November 12, in response to an inquiry from Scorpeo Analytics, the European Securities and Markets Authority (ESMA) said that investors may intentionally take no action on what form of compensation to receive in a corporate action knowing the default option of receiving shares will apply. Therefore, EMEA reasoned, investors do make an investment decision to receive shares after all. The reporting requirement will not apply to cash payments received by default.

Published on 9/28,2017. When is a decision on a potential corporate action election considered a reportable transaction under MiFID II?

That is the question compliance, corporate action and regulatory reporting managers are now asking themselves. With about three months left before the second incarnation of the Markets in Financial Instruments Directive (MiFID II) becomes effective, they have little time to prepare for the answer, say corporate actions experts. Making matters worse, fund managers and their custodian banks or prime brokers might not even be aware of the requirement.

All of the 20 operations managers at global fund management firms, prime brokers and custodian banks contacted by FinOps Report over the past week, say they are aware of MiFID’s requirements to report to local regulators the details of executed trades. However, only five are aware of the need to report on decisions made on corporate action elections. Of those five, only two say that they are making the necessary operational and technology changes to comply. “We’re just trying to get our basic transaction reporting in order,” says one UK fund management operations manager.

European operations consultants confirm that their clients are focused on reporting all executed orders and on documenting their efforts to meet a higher standard for “best execution” under MiFID II. “The lack of regulatory guidance on corporate actions is prompting most clients to consult with their compliance managers and legal counsel,” one consultant tells FinOps. “Corporate actions managers may still be in the dark.”

The pan-European regulatory body, the European Securities and Markets Authority (ESMA), has provided some examples of  decisions on corporate action elections that are not reportable, leaving asset managers to figure out what they should do about reporting on the remainder. On average a large global asset manager could have several dozen decisions to make on corporate action elections each month. There are several dozen different types of corporate actions and, depending on the country of the issuer and the type of corporate action involved, the choices on what to select as a form of payment could vary. Asset managers could decide to accept either cash, additional stock, or a combination of cash and stock for a corporate event such as a dividend payment, tender offer, merger offer or exchange offer.

“Although ESMA’s current guidance is passed on principles which appear explicit — report on any election that results in a decision to buy or sell instruments — the financial firm must itself interpret what the word ‘decision’ actually means,” explains Ian Davey, head of Scorpeo Analytics, a London-based firm specializing in corporate actions advisory work.

Even the examples given by ESMA about what is not reportable can be contradictory. For instance, a dividend generated through a dividend reinvestment program where the shareholder can reinvest cash dividends to buy more shares is not reportable. “Because this act represents an active decision to purchase more shares, the dividend payment would appear to be reportable,” says Davey. “It is difficult to understand the reasoning by which ESMA considers an DRIP to be non-reportable.”

The rules appear to differ according the country of the issuer and corporate action type. Case in point: when an investor decides to accept either cash or stock as a dividend payment from a UK company, the stock is reportable. The cash is not. When an investor decides to accept cash as payment in a UK company’s takeover bid with a “mix and match” election of both cash and stock, the cash election will still result in stock being received by the investor. Although the asset manager chose cash, it must reported the stock received.

What happens if an investor receives both cash and stock as the result of a default? It is unclear whether the receipt of cash or stock will trigger a reportable event, says Davey. In fact, without further clarification from ESMA or local regulators it is unclear whether any part of default decisions should be reported.

A default represents a decision automatically made by either the corporate action elections system of an asset manager or its custodian bank or prime broker. The asset manager hasn’t actively picked the payment it wants. Depending on the country of the issuer and the type of corporate action event involved, the default could end up being only cash, only stock or a combination of the two. In the US and UK, the default mechanism is often cash, whereas in Spain it is often stock. Asset managers rely on defaults at least 50 percent of the time when they could otherwise make a decision.

Given that financial firms have less than three months to prepare for the launch of MiFID II, Davey recommends that financial firms plan ahead on how they will manage reporting on all the necessary choices. That includes cash and equity elections as well as choices which have been made by default.

It could be safer to prepare to report all elections and subsequently eliminate the ones that aren’t reportable, than second-guessing ESMA at the last minute. “Most of our asset manager clients are telling us that they plan to report on all of their active decisions on corporate action elections, including default ones, rather than face being hit with a regulatory fine for underreporting,” says Gerard Bermingham, executive director for data giant IHS Markit’s corporate actions software unit.

If financial firms can’t work out an automatic link between their corporate action election platforms and their transaction reporting or front-end order management and trade execution systems, they will have to assign dedicated staff to manually rekey the data. Several US corporate action operations managers tell FinOps that creating any automated linkage between operating systems and completing any subsequent connectivity testing could take at least three months. “Given that most technology projects end in October or November at the latest it, is unlikely that asset managers have enough time to implement any IT changes,” warns one US corporate actions specialist.

Still, as Davey notes, doing something is better than doing nothing. Local regulators — namely the UK Financial Conduct Authority — have already levied huge fines on financial firms for either erroneous transaction reports or for reports omitting a sizable percentage of trades. “Documenting any technological strategies to report corporate action elections could go a long way to providing local regulators with sufficient assurance that a best effort has been made,” says Davey. “Even if a financial firm cannot fully implement a strategy by January, it could prove to its local regulator that it understood it will have a reporting obligation and is working to fix the problem.” Davey also recommends that firms consult with their local regulator about their regulator’s interpretation of ESMA’s requirement.

Asset managers doing their own transaction reporting for MiFID II might find it easier to handle this reporting themselves rather than relying on their custodian banks to do it. “Given the complexity of the requirements and timetable limitations, custodian banks may be unable or unwilling take on this responsibility,” says Davey. “We would strongly recommend asset managers discuss reporting on corporate action elections with their custodians and if necessary do the reporting themselves.” Bermingham predicts that asset managers will likely want to do their own reporting of decisions on corporate action elections, as they are the ones making the ultimate decisions.

However, even if asset managers do the reporting themselves, they still need to ensure their systems keeping track of their decisions in corporate action elections are reconciled with their custodian’s systems. Therefore, custodians may need to make operational adjustments on their end too.

Asset managers typically receive information on corporate action events from their custodian banks or prime brokers and then send back any decisions to them. If the custodian banks and prime brokers don’t receive decisions from their clients, they then rely on a “default mechanism” to make the decision. There may be discrepancies between the asset manager’s system and the custodian bank or prime broker’s system, if the latter only books the proceeds from an election when it receives them. By contrast, an asset manager is likely to be booking the proceeds into its system as soon as it makes its election and reports the transaction. “Asset managers would need to notify custodians that that they must book the proceeds in their systems at the time the fund managers make their corporate action elections and report them as transactions,” says Davey.

What does ESMA have to say about all the uncertainty involved with reporting corporate action elections? Davey says that in late July after consulting with clients, his firm submitted an extensive list of questions and proposed solutions. Despite the obvious time constraints, ESMA’s response was wait-and-see. “We were notified in early September that the issues require further public guidance and must proceed through various stages of internal approvals prior to being made public,” says Davey.