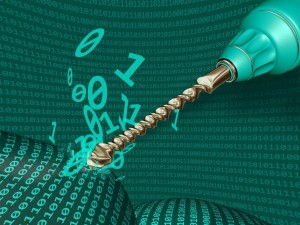 “Financial firms need to start thinking about just how they will comply and what additional benefits they can obtain for the costs involved,” says Rik Turner, senior analyst at UK research firm Ovum. “Sitting idly by isn’t an option, because one never knows when the FCA will ask for the data.

City of London firms are risking penalties and reputational damage once the UK’s securities watchdog begins to exert more muscle in enforcement. Just as bad, these firms are missing out on the opportunity to transform data from phone monitoring into valuable intelligence to increase profits.

Beyond proof of compliance policies and oversight, the FCA will be looking for transacts of telephone conversations related to executing trade orders over fixed lines and mobile phones. Akin to rules implemented by the Commodity Futures Trading Commission to monitor calls related to swaps transactions, the FCA’s rules are aimed at identifying violations of fiduciary obligations — namely selling inappropriate investments or front-running clients. Although the UK regulatory watchdog doesn’t explicitly say just when it will initiate enforcement actions, it does say it wants the data stored for six months. The latest incarnation of the Markets in Financial Instruments Directive (MiFID) will extends that storage time to three years.

Just how much are UK financial firms behind the curve? Market research by phone recording specialist Teleware suggests that almost half of the traders whose phone conversations should be monitored are falling between the cracks. “Firms are either recording all of the phone conversations of all of their traders, all of the phone calls of some of the traders, or not at all,” says TeleWare’s Chief Executive Steve Haworth.

The reasons for this apparent failure to comply with the FCA’s rules are varied. Some firms don’t think the rules apply to them or don’t even know about the rules. Others believe they are exempt, because they produce printed contracts for all sales. Mobile phone are a particular sticking point, with firms that are unaware that mobile phone calls must be monitored as well as landlines, and others admitting they are monitoring only some of the calls that should be monitored.

According to a new study released by Ovum and sponsored by Teleware, ignorance of the regulation is just a small part of the problem in achieving broad compliance. The technical and business challenges, especially in monitoring mobile calls, are complex and often impractical, at best. At worst, they are expensive and insufficient.

The state of the art in mobile phone recording breaks down to two approaches. One is installing an app on a mobile phone that automatically routes the call into an internal network where it can be recorded. For a trader, this approach is full of potential potholes — delayed connections, lost calls without voicemail, or the irritating need to call into a recording line. The app approach also creates challenges on the management side, because different apps are required for different operating systems, and different versions of the same operating system, not to mention that there are no apps available for iOS-based phones.

The second is a SIM-card based system, which may offer fewer problems to the phone user but is considerably more expensive — anywhere from several thousand dollars to several hundred thousand dollars a year depending on the number of traders and phone lines affected. While it theoretically supports international monitoring of mobile calls, it uses roaming networks in other countries and not all of them support a technology standard called CAMEL.  There are some countries such as China where there are no carriers that leverage CAMEL, so users can either choose not to ring clients from their mobile phones or dial through a recorded line.

While all this may be daunting to a firm of any size, there may be an even more practical cause for delaying compliance. Apparently, there is a general lack of concern about the FCA suddenly enforcing the rules and perhaps rightly so. Until now, there have been no enforcement actions. However, the rule is still relatively new and the enforcement limbo won’t last forever.

Two compliance directors at UK brokerages tell FinOps that they have been warned by C-level executives to either ban any trades executed as the result of mobile phone conversations or find a way to start recording those talks. “We now have to figure out just whose calls must be monitored and keep the costs down, or we will be forced to ban mobile phone calls for business reasons altogether,” says one compliance manager.

Yet another compliance manager says that his firm will be barring the use of mobile phones. “We just can’t afford to make any mistakes or spend the money on necessary technology,” he asserts.

This draconian elimination of cell phones from trade-related communications — otherwise known as the policy-based approach by the FCA — sounds foolproof. Yet, it carries its own risk. A significant portion of a firm’s trading business could be taking place outside the trading floor — on mobile phones . What’s more, if adopting the policy-based approach, a firm still would have to prove to FCA  that no one is conducting any trading on mobile phones anywhere in the world as the UK rules extend beyond the home turf.

A far better approach  according to Ovum’s whitepaper: forget about thinking of the FCA’s phone recording rules as a dreary and costly compliance task. Instead, at least partially, consider it an investment in priceless research, and mine the gold buried in those transcripts.

Here are just some of the answers a firm might find in those transcripts. What are the most successful traders doing differently? What type of language is associated with completed sales? When does the length of a sales call hit the rule of diminishing returns? What kinds of trades or kinds of investors are most likely to be handled on mobile phones, and when? Are there certain times of the day or year that correlate with an increase in certain types of business? Such actionable intelligence that can immediately be translated to increased productivity.

Technology does exist to make such analysis meaningful. Companies such as Intelligent Voice are turning conversations into text and enabling symantic search across voice recordings. Most call-recording providers are adding the speech-to-text service and are looking at applying logic to enable compliance, surveillance and customer service metrics. Sentiment analysis, for example, picks out positive and negative words and scores customer satisfaction, so trends can be viewed over time and clients can be handled more effectively, explains Haworth.

Just how game are financial firms for such an approach? So far, it appears to be a little blue sky for for most firms, based on what UK compliance specialists tell FinOps. “It sounds ideal in evaluating the customer service experience but we’re a long way off in making it happen,” says one at a large global bank.

Given that only about a half of the firms covered by the UK rules are doing any recording, there is obviously still a long way to go before full compliance is achieved. There’s no question that firms are more interested in staying out of the crosshairs of FCA’s eventual enforcement, rather than the potential strategic benefits offered by mining the transcripts. Still, it might not be too early to let sales executives know that it’s not all hassle for the sales team. Hard as it might be to imagine at this point, there may just be new money for them in phone surveillance.