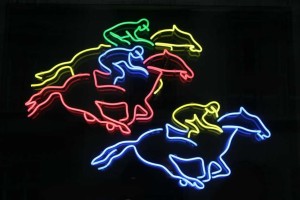 The mundane world of post-trade matching just got a long-awaited shakeup.

What has been a virtual monopoly in the post-trade matching market is about to become a horse race, since the US Securities and Exchange Commission has approved Bloomberg and SS&C Technologies to enter the business of post-trade matching services in competition with incumbent Omgeo.

In allowing Bloomberg and SS&C’s confirmation matching services to also operate in the US without having to register as clearing agencies, the US regulatory watchdog overruled the numerous objections of the only dissenter: Depository Trust & Clearing Corp. (DTCC), Omgeo’s parent. All of the other financial firms which responded to the SEC’s request for comment on Bloomberg’s new service voiced their approval. SS&C’s application didn’t generate any industry feedback.

The SEC’s approval of Bloomberg STP and SS&C Technology’s SSCNet comes just six months after the SEC announced that market players should prepare to migrate to a two-day settlement cycle (T+2) from three-days in 2017. Trade affirmation, allocation and confirmation matching — or agreeing upon trade details of allocations and confirmations between counterparties– is a critical step before settlement can take place, and until now Omgeo’s Central Trade Manager (CTM) and TradeSuite ID have been the only authorized providers in the US. Their key selling points consistently touted by Omgeo: the efficiency in enabling users to affirm their trades on the same day they are executed — speed which goes a long way toward ensuring that trades can be settled in a T+2 timeframe.

Omgeo’s official standing in the US has until now given it a natural monopoly in the centralized post-trade matching space. Financial firms wanting an alternative opted for local matching — a sequential process of communication between fund managers and broker-dealers which occurs through their internal systems and allows the final matched transaction to be submitted to DTCC for settlement. Omgeo’s CTM and TradeSuite ID, which also does so, operates on the basis of a central matching model which requires two counterparties to input allocation and confirmation details to be matched or rejected.

The DTCC’s main objection to the SEC’s allowance for new rivals: although it said it favored competition in the post-trade matching space, it didn’t see direct connectivity between other matching services and DTCC to be part of the deal. Instead it favored the “single access” operating model. Translation: the matched trade must be transmitted through Omgeo’s TradeSuite service to provide an affirmed/matched trade confirmation before reaching its ultimate destination– the US’ national depository, DTCC subsidiary Depository Trust Company. DTCC argued it would cost the industry and DTCC too much to adapt to change.

The SEC’s response: the DTCC’s stance didn’t match its previous position and its concern over additional expense was unfounded. The SEC also agreed with Bloomberg and SS&C that DTCC could impose additional fees if its rivals had to rely on TradeSuite as an intermediate whistle stop and even if it didn’t the extra step created competitive barriers to entering the post-trade matching space. When Omgeo was created and received approval from the SEC to offer its matching services in 2001, the SEC noted, DTCC agreed to allow competing matching services to directly link to DTC. DTCC will now have to work with Bloomberg and SS&C to link their matching services to its settlement platform and either accept their control numbers identifying the transactions or have DTC assign the control numbers.

With no choice but to accept the new reality, how will Omgeo fare? As the incumbent, it has impressive numbers on is side. Omgeo officials cite 1,106 buy-side firms, 1115 broker-dealers and 249 custodian banks as users. The DTCC subsidiary also cites its flexible acceptance of multiple message formats such as FIX and SWIFT and its broad functionality. Still, most of its users reportedly rely on its proprietary message types.

Omgeo’s message: the CTM and TradeSuite are all you need. Respondents to the SEC’s request for comment on Bloomberg didn’t cite any intrinsic operational flaws with Omgeo’s service or comment on the merits of others. Instead, they highlighted the need for competition to potentially reduce fees, drive innovation and mitigate operational risk. “Competition will logically improve pricing as a service [and] allow for improved post-trade processing efficiencies that will ultimately reduce cost,” said the Asset Managers Forum, the fund management unit of the influential Securities Industry and Financial Markets Association (SIFMA) in its letter to the SEC supporting its approval of Bloomberg’s service. Others citing similar benefits included Alliance Bernstein, White Oak Global Advisors, Acadian Asset Management, Citigroup Global Markets, RBC Capital Markets, Amherst Pierpont Securities, and Cedar Hill Capital Partners.

Naturally, Nelson also downplays any industry concerns over Omgeo’s pricing structure and concerns with disaster recovery capabilities. “We have a consistent track record when it comes to increasing value and reducing unit costs,” says Nelson, adding that fees are reviewed on a regular basis. Industry sources with knowledge of DTCC, say that Omgeo will reduce its fees in the first quarter of 2016.

Nelson also says that users shouldn’t worry about any service disruptions, because Omgeo’s platforms have a  99.95 percent service availability, automated alarming and redundant back-ups. “Three of its production facilities have local, regional and out of region recovery capabilities and is compliant with Reg SCI standards,” he notes. The new regulation requires trading platforms and infrastructures, such as Omgeo, to ensure their technology meets minimum operating guidelines.

Nelson wouldn’t respond to a question from FinOps about which of the two new rivals his firm is most worried about. But in its comments to the SEC, DTCC had plenty to say about Bloomberg. DTCC suggested that Bloomberg would nab Omgeo’s higher volume users, and as a for-profit entity could bundle the pricing on its matching service with other Bloomberg services causing a disincentive for Bloomberg’s customers to use Omgeo’s matching service. Bloomberg, said the DTCC, should be required to “clarify its intentions” for bundled pricing and not make its services contingent on using other Bloomberg services, such as its terminals. In its letters to the SEC, Bloomberg countered that using its confirmation matching service was not predicated on using its fee-based terminals.

The SEC didn’t buy DTCC’s arguments saying that “the prospect of bundling services, cross-subsidization of services, profitability restrictions or access to unrelated services {doesn’t] merit denial or modification.” Any concerns over bundling are “speculative”, said the SEC, adding that market forces should decide whether “bundling” or other factors will influence whether financial firms use Bloomberg or Omgeo’s matching service. Omgeo shouldn’t complain about whether Bloomberg will nab its highest-volume customers, because that’s what competition is all about.

“We have long heard the desire to integrate many of our SS&C platforms to provide an end-to-end solution. With an exemption from registration as a clearing agency we will be able to leverage our strategies,” says Bob Shaw, director of SSCNet, whose parent SS&C Technologies boasts six thousand customers for its front-end and portfolio analytic platforms such as Advent, Antares, CAMRA and Portia in the US alone. With about three hundred customers worldwide, SSCNet is already used by fund managers to handle allocations and settlement instructions to custodians, but until now could not be used to handle confirmations in the US market. Omgeo’s CTM already competes with SSCNet in Canada, with both linking to that country’s securities depository.

Likewise, Bloomberg says that it provides an end-to-end multi-asset class alternative, where fund managers can rely on its order management and trade execution platforms or even its VCON service, which captures and reports voice-executed trades to link to the new electronic confirmation service. Although Bloomberg wouldn’t disclose its number of customers, it will clearly capitalize on its strong customer base and the growing popularity of FIX and SWIFT message types. It is also targeting laggards who haven’t automated their post-trade communications process. “Many fund management firms, including hedge funds, rely on emails to communicate and manage their post-trade processing requirements. Bloomberg’s suite of post-trade processing services is helping firms move away from a manually intensive work flow and migrate to a zero touch processing workflow,” says Tom Garley, global business manager for Bloomberg STP Solutions, the umbrella unit for its post-trade products.

Bloomberg’s separate confirmation service ETC for European securities has just gone live and two years ago the firm purchased FailStation from Middle Office Solutions. Through a single portal, FailStation aggregates and delivers data which helps fund managers and broker-dealers to either prevent a trade from failing to settle on time or discover why it failed to settle on time.

If the new entrants to the post-trade matching world in the US aren’t ruffling DTCC’s feathers, they soon will be. The SEC says that all of the players in the post-trade matching space will now have to “interoperate” or play nice with one another. Financial firms don’t need to rely on Omgeo to match a trade, just because their counterparty does. They can use either Bloomberg or SSCNet as well, because all of the data and status of confirmation matching could could potentially be viewed by a user of another matching service.

The SEC says that the clock starts ticking on interoperability as soon as one of the approved confirmation matching providers sends a letter to the other requesting a link. They will have 120 days in which to come up with a gameplan or binding agreement and another 90 days after it does so to execute it. The DTCC, which previously objected to the timetable as being far too short, now says that it will play ball. “DTCC will work collaboratively with the firms recently approved by the SEC to establish interoperability for matching services,” says Nelson.