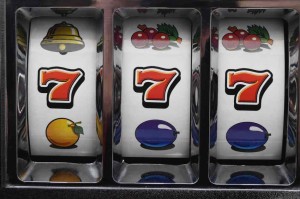 The implementation of the Volcker Rule has undoubtedly caused wailing and gnashing of teeth among some of the smartest and best-funded trading operations in the world. While its overarching principle — the prohibition of proprietary trading — might be easy to understand, proving compliance is a whole different ball of wax.

With the effective date just passed for the largest US banks, the tough data and technology reengineering work for small and mid-tier banks is just ahead. Akin to their larger brethren — the mega international banks with over US$50 billion in tradable assets — small to mid-sized banks must over the next two years calculate and report seven different metrics to show they aren’t engaged in illegal trading and meet the requirements for exemptions. Market-making, hedging, underwriting, and liquidity management to benefit clients are permitted activities.

The metrics are: risk and position limits and usage. risk factor sensitivities, value at risk and stress value at risk, comprehensive profit and loss attribution, inventory turnover, inventory aging and customer-facing trade ratio. Granted, seven metrics are less burdensome than the seventeen originally envisioned by regulators, but they will still cause operations and IT departments plenty of sleepless nights, risk management specialists and attorneys tell FinOps Report.

“Simply eliminating prop trading desks won’t be enough,” explains Daniel Nathan, a partner with Morrison & Foerster in New York and Washington, DC.”The bank must prove that none of its trading desks is involved in proprietary trading and the burden to accomplish the task is quite high, because the metrics must be calculated for each trading desk.”

The Volcker Rule defines a trading desk as the “smallest discrete unit” of the banking entity that purchases or sells financial instruments. A bank could easily have many trading desks executing buy and sell orders in the same financial instrument across different business lines. Since banks often add new products and business lines, regulators want to ensure that they will always be compliant with the Volcker Rule. Taking the lead on enforcement are the Federal Deposit Insurance Corp and the Office of the Comptroller of the Currency.

In addition to reporting specific metrics, banks under the Volcker Rule’s jurisdiction, must come up with a specific compliance regime, the extent of which will depend on the value of tradable assets. At a minimum, the plan must have written policies and procedures, internal controls, testing and audit policies and staff training. Although creating a compliance program might sound more stressful than crunching numbers, the metrics reporting has generated at least as much angst. Small to mid-sized banks might not be familiar with all the measurements and none of the regulatory agencies in charge of enforcing the Volcker Rule have disclosed what they consider acceptable or unacceptable results.

All banks under the jurisdiction of the Volcker Rule must already have a compliance program in place and the larger ones should already reporting the seven metrics. The Volcker Rule, the popular name for Section 619 of the Dodd-Frank Wall Street Reform Act, was approved in December 2013 by five US regulatory agencies with July 21, 2015 being the final effective date for the largest banks. For the smaller ones, there is still some breathing room. Banks with tradeable assets between US$25 billion and US$50 billion must comply as of April 30,2016. Banks with tradeable assets between $10 billion and $25 billion can wait until December 31, 2016.

US banks with less than US$10 billion in tradable assets are exempt from reporting the seven metrics, but must still have a compliance program in place to prove they aren’t engaged in illegal trading activities. Transactions in foreign exchange, US Treasuries, municipal bonds, foreign sovereign debt, and commodities also don’t fall under the purview of the Volcker Rule.

The same provisions apply to the US branches of foreign banks, unless they success in obtaining an exemption called SOTUS (Solely Outside the US). However, any claim for that exemption must to be documented, says Nathan. The bank may need to show that trading decisions were made overseas, trades were executed outside the US by non-US based executives, and trades were booked abroad. Trading with a U.S. counterparty may be allowed, but only under certain strict conditions.

All of the metrics must be calculated daily, submitted monthly for banks with more than US$50 billion in tradable assets and quarterly for all other banks. The metrics on risk and position limits and usage; risk factor sensitivities; value-at-risk and stress value at risk are designed to determine the overall risk profiles of trading activities. The comprehensive P&L attribution will capture the profits and losses for each trading activity or trading desk, while the calculations on inventory and customer-facing trade ratios will determine whether the bank is actually trading to benefit its customers or harming them by lining its own pocket — that is, engaging in proprietary trading.

While the metrics are calculated at the trading desk level, the final report submitted to regulators will need to show a consolidated, or aggregated figure. That means that banks should inventory all of their trading desks, instruments traded, and risk and position limits for starters. The OCC has indicated that its exams will have a heavy focus on discovering all the trading desks a bank has, how they are organized, what legal entities they trade for, which counterparties and which financial instruments.

Only then will examiners be able to look at how a bank combines or rolls up the metrics of each desk. “Banks can’t simply add up the numbers, because if the calculation models, assumptions, and data inputs used for each desk differs, the ultimate figure will be incorrect, particularly for the small to mid-tier institutions, ” says Michael Barrett, vice president of financial market solutions in New York for Genpact, The better alternative: evaluate the underlying data and models used so they can be normalized and an apples-to-apples comparison can be made across trading desks.

Given that many US banks have at least another year before they have to comply with the reporting requirement of the Volcker Rule, they still have time to make the necessary data management changes, says Barrett. Of the seven metrics. two are considered the most difficult to grasp — inventory turnover and inventory aging — because they have never been required before. Inventory turnover refers to just how quickly a bank “turns over” or trades the same security. It measures the absolute value of all transactions over the reporting period divided by the value of a trading desk’s inventory at the beginning of the reporting period. Inventory aging refers to the amount of time that a trading desk’s assets and liabilities are held.

“If the terms sound identical to what is used in merchandising they are: however, their applicability to some asset classes, such as swap contracts, is doubtful,” explains George Bollenbacher, director of the regulatory practice for Capital Markets Advisors, a New York-based financial services consultancy. “If each bespoke swap, for example, is a separate instrument, the metrics on inventory turnover and aging lose most of their value. The age of the position would be the life of the swap and the only transactions would be putting the position on and taking it off.”

Aside from such gray areas, small to mid-sized banks face the more immediate problem of the likelihood of calculation errors. One solution is to reduce the number of front-end trade capture systems by consolidation, says Barrett. The fewer the order management and position-keeping systems feeding into the risk metrics engine, the smaller the potential for discrepancies among the records.

Yet another good idea, according to Bollenbacher, is to ensure that any trade capture system correctly codes each trade covered by the Volcker Rule, flagging each transaction in a financial instrument with its particular exemption from the rule. Other tips: market-making trades must be tied to the records of the reasonably expected near-term demand when the trade was made and trades in support of underwriting have to be tied to underwriting itself.

“Regulators are concerned that banks will try to bury prohibited trading activities into the packages of exempt deals,” warn Bollenbacher. “Having an examiner find a bunch of trades not identified and cataloged will be the kiss of death.” The problem: most trade process and position recordkeeping systems have no provision for linking trades and instruments to allowable or prohibited activities.

Despite the hassle involved in complying with the Volcker Rule, it might turn out to be a catalyst for updating a bank’s data architecture and overall technology, concede operations specialists. At the least, banks that do the  reengineering will have more confidence in the accuracy of their consolidated metrics report.

The final possible saving grace for the small to mid-tier banks, according to Barrett: by the time they have to start reporting the regulatory agencies will already having experience in comparing data collected across banks and evaluating the usefulness of the metrics they are requiring — which might be cause for optimism. “Depending on what they find, regulators might decide to ease their requirements for metrics reporting,” he says.