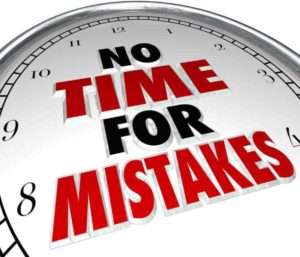 It’s now or never when it comes being ready for the pending two-day settlement cycle in the US.

With September 5, the day T+2 becomes effective, just around the corner, operations and IT managers are taking the opportunity to verify that their front, middle and back office systems are tweaked correctly. And that their counterparties are doing the same. September 7 will be the toughest day of the week because that is when previous trades settling on a three-day cycle and new trades settling on a two day cycle will have to be processed on the same day. Hopefully, no one will find any last minute glitches with their operating platforms. They will have little time to make any major fixes.

Squeezing the time it takes to settle a trade from three days after it is executed to two has been on the table for more than a year. Therefore, the securities industry began preparing long before the US Securities and Exchange Commission decided to change its rules in March 2017 to mandate the change. Perhaps that’s why no operations manager contacted by FinOps Report expects any glitches to occur. Many European and Asian-markets have already migrated to a T+2 settlement cycle so financial firms should know what to expect by now.

US financial firms have been testing their internal systems, with counterparties and in the case of banks and broker-dealers with market infrastructure Depository Trust & Clearing Corp. (DTCC). The US umbrella organization for clearance and settlement of securities transactions has been at the forefront of helping the industry prepare for T+2 with a series of industry-wide tests designed to mimic the new environment.

DTCC along with the Securities Industry and Financial Markets Association (SIFMA) and Investment Company Institute will be hosting a virtual command center, offering up snapshots of market preparedness with daily calls taking place from September 1 through September 8. The industry calls will focus on updates from DTCC’s subsidiaries National Securities Clearing Corp., Depository Trust Company, OCC, and post-trade matching service Omgeo. They will be providing a progress report on their systems switching over to a T+2 timetable.

“Financial firms which are having specific issues with internal systems, counterparties or their service providers will need to address these matters themselves,” cautions Tom Price, managing director of operations for SIFMA in New York City. “The command center will only address broad industry issues beyond the scope of firm-specific challenges.”

What if a Tier One bank, broker-dealer or fund manager has a problem which could create a domino effect? Of course, they could contact SIFMA’s command center. However, the identity of the firm and any glitches it is experiencing would only be made public with its explicit consent. Even so, deciding on whether to actually tell the broader market would be contingent on the severity of the problem and the number of external firms affected, says Price.

He isn’t worried it will happen. Neither is Marty Burns, chief operations officer for ICI, the Washington, D.C. trade group for the mutual fund industry. “It isn’t easy to prepare for every contingency,” he says. “However, we haven’t heard anything to suggest there will be problems on the horizon.” Price and Burns will be among a handful of executives responding to any inquiries firms posed in writing to the SIFMA command center.

Interviewing 20 executives at buy and sell-side firms and service providers, FinOps Report has created the five most most popular suggestions on what to check at the last minute. These also reflect the guidance of the T+2 playbook published by an industrywide T+2 committee in late 2015.

Testing with infrastructure providers such as DTCC can only go so far in ensuring preparedness. “Financial firms need to go through the full lifecycle of a trade with each of their internal systems and verify that each system is recording and delivering the correct data to the next system with sufficient time to meet the T+2 timeframe,” says Carol Penhale, managing director for the professional services unit at Broadridge Financial, the industry business operations outsourcing giant. In a worse case scenario, firms could always add staff and do work manually.

Trade confirmations and allocations ideally need to be completed on the same-day a trade is executed, so that it can be affirmed through the Omgeo platform by noon EST on T+1. Back office staff may have historically allocated trades early in the morning of T+1, but now will have to speed up the process by either working much faster or tweaking batch systems to become real-time. “We’ll be adding a few more employees to the night shift on September 5 just to make certain everything goes well,” one East Coast fund management operations manager tells FinOps.

Fortunately, US exchanges have declared that September 5 won’t be an ex-dividend date. That decision should help financial firms avoid having to file claims with each other to ensure entitlements — or payments from corporate action events — are credited to the right party. However, corporate actions staffers will still need to verify that downloads from data vendors and their internal corporate action systems reflect a required change in the ex-date to one day before the record date instead of the current two days. If that hasn’t been done by now, technology staffers will need to be called in to make alterations in a jiffy.

The shorter settlement cycle may cause a jump in securities lending deals, and so a heftier volume of recalls. Securities out on loan must be recalled two days after the trade is executed instead of the current three, meaning the borrower can return the securities no later than T+4. Fund managers and broker-dealers must ensure that their securities recall systems reflect the change. It remains to be seen whether fund management firms will decide to earn extra revenues by lending out more securities or whether they will hold back on the practice to avoid any unnecessary operational glitches.

SIFMA says it will offer firms registering to participate in the industry conference calls the names, emails and phone numbers of hundreds of directors of T+2 swat teams from coast to coast. For operations managers concerned about possible problems with counterparties, now is the time to make some calls and get acquainted with peers at rival and client shops. The person on the other end of the line might just be the right one to correct any problems, help out with last minute words of advice, or even provide a touch of empathy during a difficult week.

Even if financial firms think they have nothing to worry about, the Labor Day weekend may not be the best time for the staff to take a holiday break. Operations managers aren’t expecting to sleep on cots in the office, they tell FinOps. Still, they will need to show up to work all weekend or stay on call in the event of an unforseen emergency. “Only the most junior level people have been given permission to take a three-day holiday,” says one operations manager at a New York bank. “Every C-level executive involved with post-trade operations has received the memo that they will need to be available.”

Technology managers will likely be doing the most overtime over Labor Day weekend, predict operations managers. That is because they are the ones who will be turning off any T+3 buttons and turning on any T+2 buttons on all of the affected applications at their firms. “I wouldn’t want to be an IT specialist,” said one. “If anything goes wrong with T+2, they’ll be feeling the wrath from upstairs.”